POTUS or PANDEMIC: Which Scares You MOST? 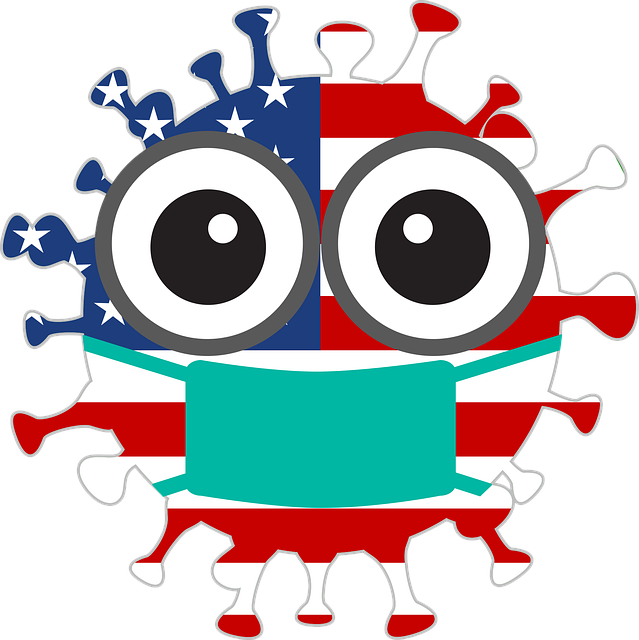 POTUS or PANDEMIC: Which Scares You MOST?

It occurred to me the other night (and I’ve been pondering this, off and on, ever since) that the present POTUS scares me far more than the COVID-19 pandemic.

I suppose that would change, at least temporarily, if any of my friends, family or loved ones (or Bernie Sanders or Joe Biden or Kamala Harris) came down with COVID-19 and ended up in intensive care with it, fighting for their lives, not knowing how it would affect them long-term even if they survived it. I’m sure that those who have lost loved ones, and those waiting and praying for their loved ones to survive and recover, are preoccupied with their personal nightmare right now.

But those of us fortunate enough to have dodged the bullet because of sheer dumb luck or the protocols we’ve put in place to protect ourselves as individuals and family units are struggling NOT to experience a full-blown panic attack or need medication or other professional help to get through the waiting period while we see who will be POTUS at noon on January 20, 2021–and what will happen between November 3rd (or whenever the race for POTUS is called) and January 20th 2021 if DJ Trump loses his bid for reelection, which 99.9% of present polls say will be the outcome.

(The polls said the same thing in 2016, so it’s important to vote and not be complacent as if Biden is a foregone conclusion. Consider this a cliffhanger until every available vote is counted because the GOP has done all it can to discourage and disenfranchise citizens of color and anti-Trumpers from exercising their right to vote. Need an example? Louisville Kentucky–Moscow  McConnell’s blighted state– had only ONE polling place in a city with almost 600,000 registered voters during this year’s primary. Will it be the same way on November 3rd? You can pretty much bet on it.)

Here are just three of the reasons why COVID-19 is less scary than Trump:

1.) We can mitigate against exposure to the vagaries of COVID-19 in a variety of ways; not so with Trump. Trump has no reins to control him at all after being set free by his enablers in Congress to wreak havoc following his impeachment last year.

And the so-called Justice Department under Bill Barr is just rubber-stamping everything Trump wants done or undone. The American taxpayer is now paying for Trump’s defense against a charge of rape that happened before he became president.

(The Justice Department is not supposed to be in cahoots with sitting presidents. It is supposed to be an independent branch that has no dog in the fight; only justice should be pursued. During JFK’s administration, RFK frequently pissed off people by going after some of the individuals who actually helped elect his brother POTUS (Dave Beck, Jimmy Hoffa and others), because they were behaving badly (to be kind when noting their actions as Teamster and Labor “bleeders”). Read THE ENEMY WITHIN by RFK if you want more details.)

Examples: PPE distribution was denied to blue states, and efforts to get the supplies from elsewhere were thwarted, commandeered and re-routed by Jared Kushner; blue states had the most COVID cases to begin with, since they’re more densely populated and people weren’t told to wear masks early on.

COVID-19 also adversely affects more citizens of color because they often have comorbidities due to systemic marginalization and sub-par resources: obesity and diabetes due to “food deserts“, high blood pressure due to persistent bigotry and racism in society and the so-called justice system, and sub-par facilities. Again, people of color are rarely Trump voters, so he sees no advantage in helping them stay alive to vote against him.

3.) COVID-19 doesn’t write laws that tell Americans how they can live, love, and whether or not they can get work that sustains them; Trump and his minions are creating (or attempting to retain is a more accurate way to put this) “us and them” citizens, white cisgender male supremacists on top, white cisgender women wives and allies on the next rung down, and the rest of us scrambling for rungs below them, whether we’re people of color, LGBTQI individuals, disabled, or any other designation that denies us equal rights and justice under the law.

The existential threat to our nation isn’t COVID-19. The existential threat to our nation is Donald Trump and his racist, sexist, xenophobic enablers in government and cultish followers. Luckily, there are a lot fewer of them than there are of us, but they are all highly motivated to vote, so we need to be equally motivated whether the candidate we wanted most is the one we have or not.

America’s future will be decided in the next 60+ days.  It’s going to be a nail-biter.

Watch the debates and decide, once and for all for yourself and  for the future of your country,

I want Joe Biden and Kamala Harris, hands down.

Trump has shown us who he is, and I wouldn’t trust him in my home, running my business, or watching my kids (male or female, but especially female, if I had any!) even while I ran to the store.

He’s a liar, a thief, and a scoundrel

and he’ll go down in history

as a sad anomaly as not a POTUS

but as a documented POS.