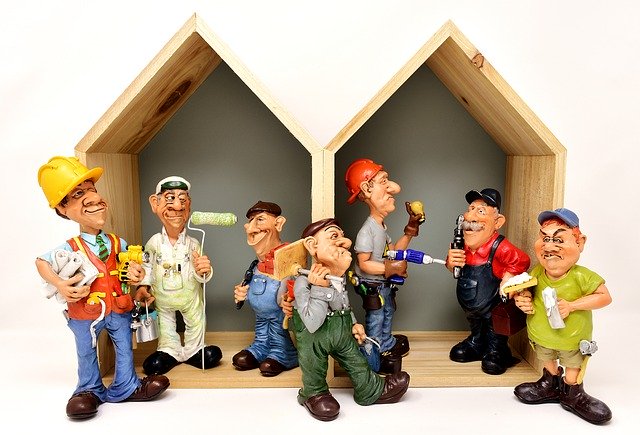 Our new quartz counter tops are scheduled to be put in on August 5th, which is a helluva lot later than we were told fabricating them and installing them would take.

So I’m not happy with the counter top place we went with. We went with them, even though they cost more, because they said they’d be able to install two weeks after making the templates for the areas that need new counter tops.

They did that ten days ago. We just got word that the install is still 16 days away, which is a helluva lot longer than two weeks from the date of getting templates!

Our main reason for choosing Lakewood Countertops was because the two big box stores we went to said our install dates would be four to six weeks after the templates were taken.  It looks like Lakewood Countertops  is going to deliver on about the same time frame, so we were sold a bill of goods on that.

We’re miffed, but we’ve paid them already, so we’re stuck with their timeline, and going another route for less would put the installation out even further. GRRRR!

I hate it when business agents mislead prospective customers!

My new flooring in the kitchen, bathroom and hallways still isn’t in, either.  I have no idea when that’s gonna happen, but I live in the constant hope that it will be soon, like sometime before the counter tops go in! SHEESH!

Jackie says she and Phil and I can do the work, because they watched and Phil helped install and measure and cut the floorboards on Jackie’s side, but God only knows when they’ll get around to it. They just finished the last of Jackie’s flooring (under her new dishwasher) yesterday, and I haven’t heard a peep about when they expect to tackle mine.  So, I’m getting disgruntled about that…

But my side will all be done someday. I just have to trust that I will live long enough to see and enjoy it!

I thought it was a risky idea to remodel until the COVID crisis passes because there’s no telling we’ll both be here to pay off the loan. But I guess that’s true at any time, since neither of us are spring chickens.

But Jackie was hot to trot to remodel her kitchen, so she got a second mortgage (or something) that dropped our monthly mortgage significantly, so I agreed to go along since I’ll be paying $100 less per month on the mortgage now. That’s what gave us the funds for this remodel. And I’ll admit we need a remodel. Absolutely!

Jackie made a lot more than I did when we were working full-time, so she was always upgrading her side of the house–taking out unwanted walls, installing carpeting, repainting, installing new lighting above the dining room table, and other nice touches like that.

My side, in sharp contrast, has always looked like the sibling’s who lived on the other side of the tracks, or the poor country cousin.  So, the changes on my side are much more awe-inspiring than the ones on hers–although I will admit, her kitchen is now seriously impressive!!!

I just wish we’d get mine finished so I can enjoy and delight in it, too! Right now half of my place looks like hell, the other half looks like heaven.  It’s quite disconcerting!

But we’ll get there…sooner or later!

I have a pre-op risk assessment screening with an internist on July 27th up at U.W. Northwest Hospital, to be sure I’m hale and hearty enough to undergo chest masculinization surgery.

There’s little doubt I’ll pass with flying colors: I ride my bike three days a week (15 miles each time, all uphill during half of the trip) and before COVID hit, I was playing pickleball three days a week and wallyball one day a week for two hours each time, so I’m sound of wind and limb, and my annual blood work came back saying I’m the same as I was a year ago at this time.

I also have three sessions of dental deep-cleaning on the books. The first one is tomorrow, and before that (earlier in the morning) I have a mammogram scheduled to get a baseline on my breast health prior to the chest masculinization surgery. (That’s mandatory, I guess, since my last one was something over a year ago.)

I also need to get back to my dermatologist for my annual skin screening. They zapped (froze off)  precancerous patches from my face and nose just over a year ago and want to re-check me annually, so I’ll schedule that sometime tomorrow.

AND I’ll deposit my state primary ballot in an election drop box so that will be a done deal.

I’m voting straight ticket BLUE this time because the GOP has gone so far off the rails in D.C. to enable Trump that I’m fed up to the gills and may never vote for a Republican again. President Obama was as “Republican” as I want to get. (Even he admitted he’d have been an old-style Republican back in the day of Eisenhower, when the GOP platform was sane!)

To establish and maintain peace, to build a country in which every citizen can earn a good living with the promise of real progress for himself and his family, and to uphold as a beacon light for mankind everywhere, the inspiring American tradition of liberty, opportunity and justice for all—that is the Republican platform.

How tragically far they have fallen since then… 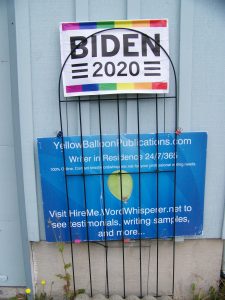