MEDIA RELEASE: DeForest Kelley will be aboard the STAR TREK Celestis Enterprise Flight 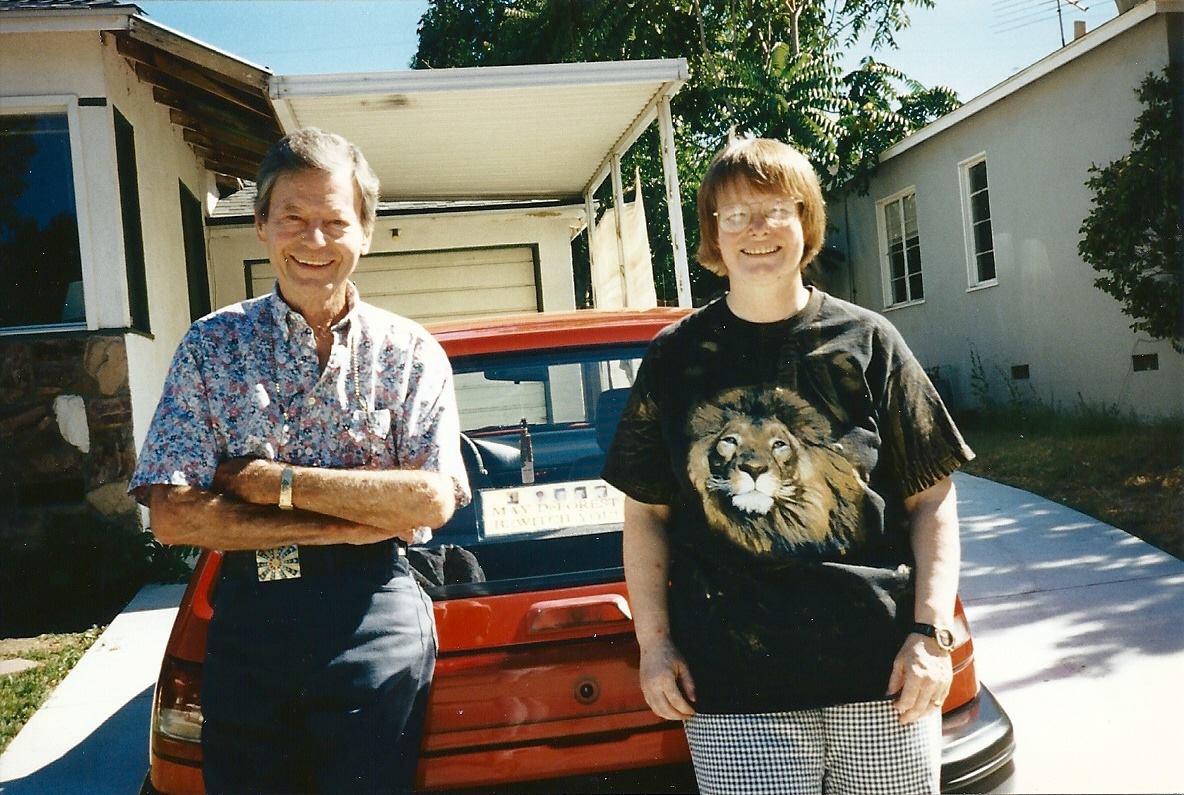 September 8, 2022 / Comments Off on MEDIA RELEASE: DeForest Kelley will be aboard the STAR TREK Celestis Enterprise Flight

The “Miracle Maker” of the Enterprise Interstellar Flight

Owing to a providential EVER NEW podcast interview with Marc B. Lee, co-host Kris M. Smith — who was a friend of DeForest Kelley and his wife Carolyn and eventually a personal assistant and caregiver to Mr. Kelley during his final months in 1999 — paved the way to get Kelley’s DNA  aboard the Celestis Enterprise Flight in 2023.

After hearing of Lee’s connection to Celestis, the organization that makes it possible to send the DNA of departed loved ones into space, Kris mentioned that, although the Kelleys’ ashes were scattered at sea off Point Fermin near San Pedro, California, she had a lock of “De’s” hair and wondered if Celestis could use that to include Kelley in the upcoming mission.

Lee reached out to Celestis and received confirmation that such a thing was possible. So, Kris sent half of the lock to have it processed. (Celestis had advised Kris to keep half in reserve in case the package was lost on its way to their Canadian lab.)

About that Lock of Hair: Under the direction of Kelley’s wife, Carolyn, Kris clipped two locks of hair shortly after Kelley passed away. Mrs. Kelley wanted to keep a lock and said Kris could keep the other one.

“The lock of hair I kept was a way to remind myself that I hadn’t just dreamed up the entire friendship !”

Called “the miracle maker” for the flight, Kris responded, “The miracle is that I ever found myself in a position to serve the Kelleys and help De at the end of his life.  If you had ever told me, as a teenager on the outermost reaches of fandom, that I would wind up at his bedside as his personal assistant and caregiver, I would have called you delusional. But that’s what happened. I still can’t quite believe it. The Kelleys were my miracle workers: De launched my freelance writing career in 1969 by sending an article I had written about meeting him to a New York publisher, and he and Carolyn encouraged me ever after to continue to pursue my dream of becoming a professional writer. So, to be able to do this for Celestis and Star Trek fans everywhere thrills me to my toes.”

About EVER NEW:  “EVER NEW with Kris M. Smith, Hannah McCrane and Guests IS ABOUT LIVING OUT LOUD, FORGING LASTING CONNECTIONS, AND VISITING WITH EFFERVESCENT THINKERS AND DREAMERS. IT’S AN UPLIFTING HOUR THAT PROMISES TO LEAVE EVERYONE FEELING BETTER. SO, WHO’S UP FOR SOME FUN? A new EVER NEW podcast airs every other Saturday 10:30 a.m. Pacific Time at https://www.twitch.tv/NDBMedia.  The next live episode airs September 10th.

Kris M. Smith’s memoir “DeForest Kelley Up Close and Personal, A Harvest of Memories from the Fan Who Knew Him Best,” is available at Amazon and other online bookstores.

For more information,  email kris@wordwhisperer.net or call (253) 474 6240 and leave a message with a return number.

More about the flight:

The Celestis Enterprise Flight is scheduled to launch out of Cape Canaveral FL later this year aboard United Launch Alliance’s Rocket named “Vulcan”.

The Enterprise Flight will travel between 150 million to 300 million kilometers into interplanetary deep space. It will travel beyond the Earth-Moon system and the James Webb telescope, where it will join the other planets, moons, comets, and asteroids in our solar system on a never-ending journey through the cosmos.

Vulcan will first put Astrobotic’s Peregrine lunar lander on a trajectory for its rendezvous with the Moon. The Centaur upper stage will then continue into deep space, entering an orbit around the Sun. When this occurs the Enterprise Flight will then become known as the “Enterprise Station”-the most distant permanent human repository outpost and a pathfinder for the continuing human exploration of space.

This mission will launch over 200 flight capsules containing cremated remains (ashes), messages of greetings, and DNA samples from clients worldwide on an endless journey in interplanetary space.