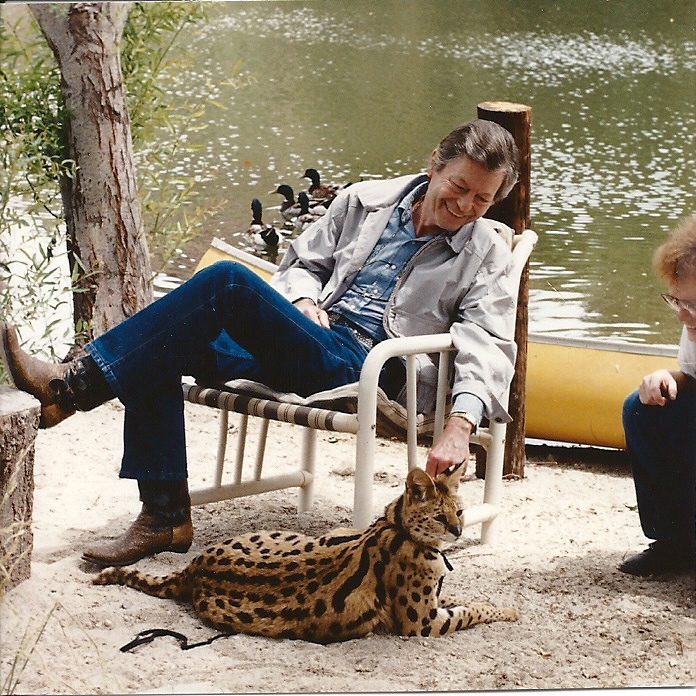 September 9, 2022 / Comments Off on The Kelley Launch Trended at #5 in Entertainment News Yesterday Until Queen Elizabeth Passed Away

The Celestis/Kelley Launch trended at #5 in Entertainment News yesterday until Queen Elizabeth passed away.

I was contacted by The News Tribune here in Tacoma and asked if a reporter and photographer could come by 90 minutes later to interview me with a selection of my Kelley memorabilia.  I said sure and then spent most of the intervening minutes compiling a semi-precious array of items that could be easily photographed:  a poster De had signed to me, my Hollywood Walk of Fame DeForest Kelley jacket, and some other stuff.

The reporter, Craig Sailor (Sayler?) interviewed me for an hour. The photographer, Peter, had to jump ship, after he got what he needed, to get to another event that was happening.

We did about three or four short video segments so I could quickly and succinctly explain my 30-year journey with the Kelleys and the launch and the lock of hair I contributed to it.  Craig stayed after to get more detail for the article he will be writing.

It was a very comfortable interview, and they said they got what they needed.

The holdup in publishing it right away is that Pete experienced a delay later in the day and hasn’t been able to process the video yet. He hopes to do it this weekend or on Monday.  Craig says the piece will appear next week sometime, and he will keep me in the loop. When he does, I will do the same for you!

Rachel Carrington (Red Shirts Always Die) is preparing a series of questions for me to answer. She’s very excited to get an exclusive interview and says she wants the piece to be more intimate and emotional than what has been published so far. I’m fully on board with that idea, so I’m looking forward to getting those questions today or tomorrow.

Bleedingcool.com will be doing an interview with me, too, and Ian Spelling (a contributor to HEAVY) IM’d me this morning to confirm some things before he published today.