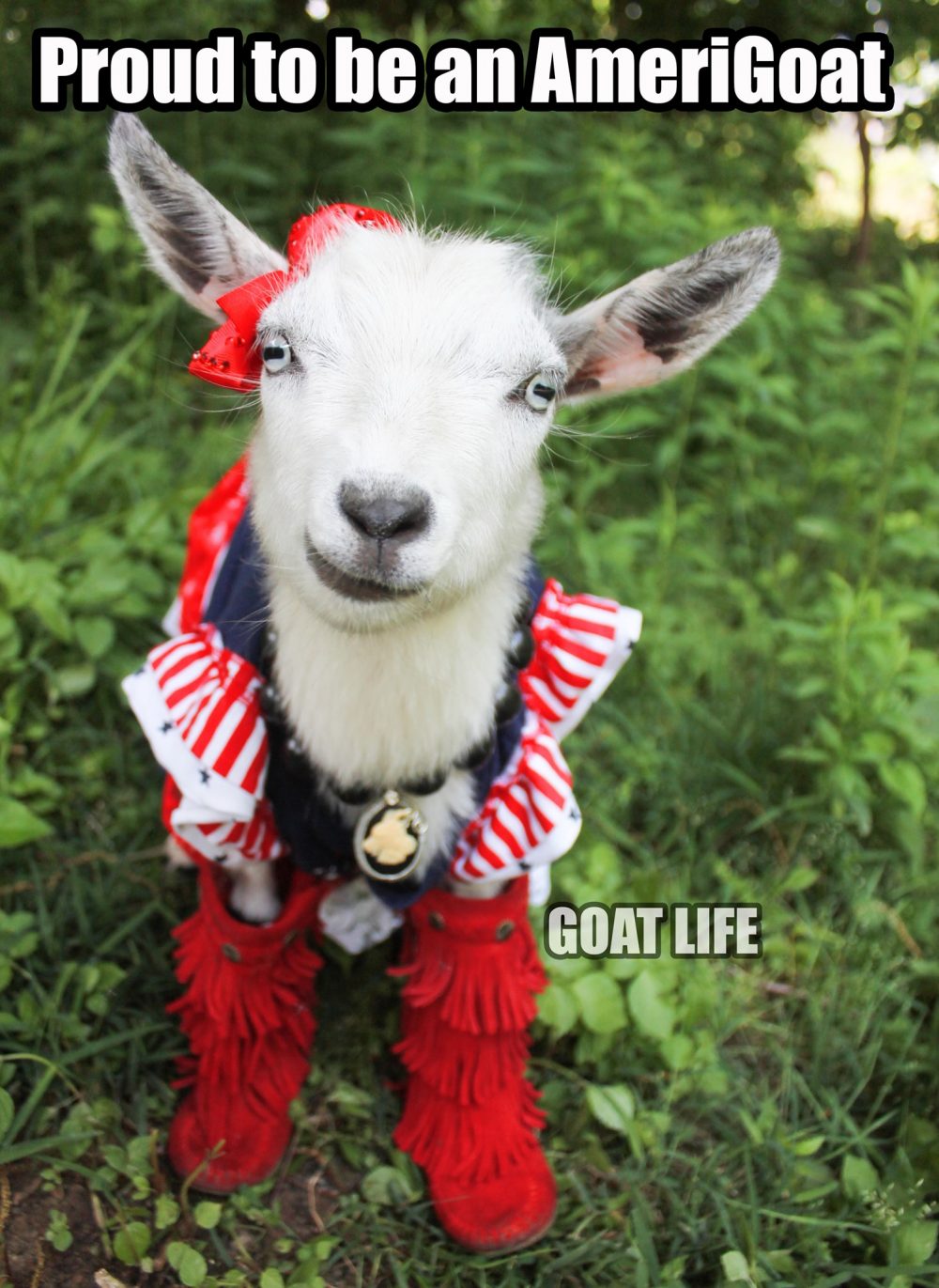 I hope your 4th of July is goat-ally perfect where you are!

By goat-ally perfect, I mean…

In other (but allied) news…

Yesterday I received the 11 x 14 photo I ordered of a young white girl walking hand-in-hand with a leader of a BLACK LIVES MATTER protest. As soon as Lisa saw it yesterday, she asked where I got it. She wants one.

She gazed at it for long moments, and finally said, “If this doesn’t move every person who sees it…”  (they have no soul; they’re irredeemably broken)

I agree!  It is the single most moving image I’ve seen in a very long time… 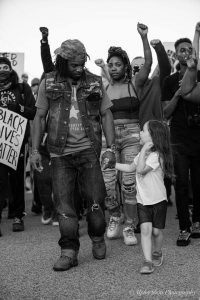 “This photo was taken at a Greensboro, North Carolina Black Lives Matter March. The little girl wanted to take part, so she ran to the front and grabbed the hand of one of the organizers all on her own.”

This is a great photo. It screams volumes about children’s lack of hate.

He sells prints and would love to hear from anyone interested.

The image comes in various sizes and in various formats: print, canvas, metal…

The photo gives me hope. I know I would have been that little girl back in the 50’s or early 60’s had there been protests against the treatment of black people in Pacific NW towns where I grew up.

My heart was broken at that age when I saw police dogs and fire hoses being set on “Negroes” in the South. I was appalled, flabbergasted and tormented to my marrow to learn that stuff like this was happening, not in some other country but my very own.

From that moment, I became an advocate and ally.

Sadly, it doesn’t seem a whole lot has changed. Yes, we’ve had a black President, but that just brought the virulence and hatred of racism out into the open. White supremacists like Donald Trump and Mitch McConnell took it upon themselves to do everything in their power to try to de-legitimize President Obama.

But they couldn’t. He was a decent, level-headed, scandal-free human being (except for the ones drummed up against him: the beige business suit! Horrors!  Clinton’s emails! HORRORS! Benghazi! Where’s his birth certificate to prove he was born in the US?) who measured up and even excelled in the highest office in the land!  HORRORS! GHASTLY! UN-AMERICAN!

The ugly was set free to be expressed, underscored and celebrated. And now… we have Donald Trump, the guy who started the Birther B.S.  The guy who was sued for refusing to rent or sell properties to black people.  The Bigot. The Pussy Grabber. The Fuhrer of the cult of White Male Supremacy. (Women are for screwing, using and abusing. They’re “hosts”, penis receptacles, beings to be trod underfoot, controlled and confined to “their places’… like people of color but more useful when they’re blonde, beautiful and brainwashed.)

It’s hard to be proud of America when so much of its history is shrouded in white male supremacy and religious folks’ beliefs in “manifest destiny” (for European immigrants–all others are exploitable and/or expendable).

That’s why I’m sticking with a goat instead of a flag this year. It’s my way to say, “I love the much-ballyhooed idea of America, but we’re so far away from achieving it STILL that it’s embarrassing to try to pretend we’ve already arrived at “life, liberty and the pursuit of happiness” for every citizen.

It’s a crock of shit.  We don’t even love each other enough in this country to wear a cloth mask to keep each other safe.  We’re a backward nation that every other nation is looking at in a new way, wondering what the fuck is wrong with us?

I wonder the same thing…

I wrote something a couple years ago that resonates and is on the same general topic, but for a Star Trek audience. You might want to read (or revisit it). It’s not at all vitriolic, as this post is…