Burn Your Maps Movie on Prime is AMAZING!!! 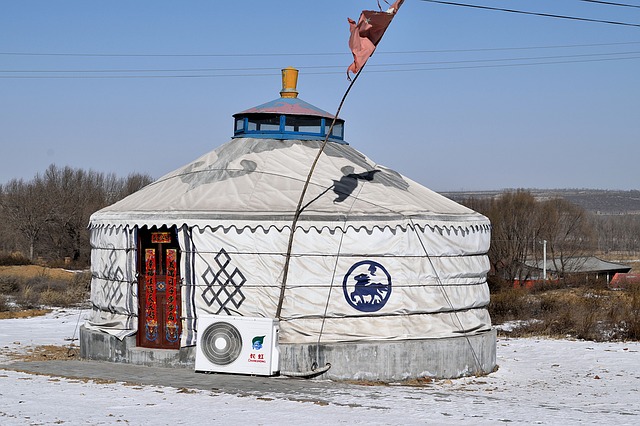 “Burn Your Maps”  on Amazon Prime is AMAZING!!!

Be sure to check it out when you get the chance.

NOW would be a good time!

If you have Amazon prime, it’s free to view.

IF YOU INTEND TO WATCH THE MOVIE,

IT MIGHT BE BEST TO COME BACK AFTER YOU’VE SEEN IT,

UNLESS YOU NEED MORE ENCOURAGEMENT TO WATCH IT.

I’ve been catching up on movie viewing since getting a flat screen TV and remote control that actually WORKS fast and well.  Yesterday I watched Burn Your Maps, about a young boy named Wes whose family is grieving the loss of his younger sister, who had passed away more than a year earlier.

The family has been in deep despair and is falling apart at the seams.  There has been no joy or laughter in the home — and very little romance between the sheets in the case of Wes’ parents — since the sad day when the young girl died.

The movie opens with the two parents in a couples counseling session. Their body language pretty much says it all, but the acting is also stellar.  The wife all but begs her husband to find his physical pleasure elsewhere, because she feels she will never get her mojo back, ever, and she’s miserable both for herself and for her husband, who seems willing to wait, but she feels it’s hopeless, so she feels she’d just be holding him hostage to allow him to wait out her reluctance to engage.

One day, young Wes decides to do a school presentation, not on his own (present) heritage but on a culture that he discovered while reading and viewing YouTube videos about Mongolia. He dresses in traditional Mongolian garb, patches together some sheep and goats with toilet paper and string, and gives a powerful presentation about the Mongolian people. The audience is impressed, his mother most of all.

But it doesn’t end there.

Whether due to genetic memory (memories retained from a past life), an intense desire to start feeling alive and positive again, or simply a fertile imagination, Wes gives himself a Mongolian moniker and refuses to relinquish his vivid vision of life in Mongolia. He continues to attend school in traditional Mongolian garb (despite repeated attempts to get him to stop from his teachers and parents) and to imagine life atop a Mongolian horse, overseeing a herd of goats, watching Mongolian festivals and rituals, etc.

Along comes a 20-something wannabe filmmaker, Ishmael, who sees Wes acting out the life he envisions himself leading.  Ishmael ingratiates himself with the boy and begins filming his words and deeds. (His parents at this time have no knowledge of the filmmaker or his interest in the boy’s quest.) Within a matter of days, seeing Wes’s passion for his “roots” Ishmael sets up a fundraising scheme to get Wes and him to Mongolia so he can continue to film him living his dream. Not long after he posts the fundraiser online, the money pours in and the quest is on!

Back in another counseling session — this time with Wes in tow, because his dad thinks the boy is becoming delusional and oppositional, insisting on dressing the part and being addressed by his new first name (but shuttled outside for a few moments) — Wes’s mom and dad argue over Wes’s need for counseling. Mom believes Wes is merely doing what all young boys do at his age — playacting –which is a good sign to her that he will finally escape their present familial pain and begin to thrive again.

Dad disagrees. He thinks his boy is retreating into his own world and cannot see reality for what it is. He needs to come back down to earth and become Wes again.

The counselor pretty much takes the middle road, asking each parent why each of their beliefs is so upsetting to the other.  (Again, this interaction underscores just how far apart the couple has drawn from each other since Wes’s younger sister died.)

Before long, the parents discover Wes’ association with Ishmael the filmmaker, which raises all kinds of red flags to them both. What does a filmmaker have for their young son? Is he some kind of pervert?

But when Ishmael shows them the videos he has taken, and the fundraiser, and the response of people all over the world who are hoping for Wes’s quest to materialize, his Mom begins to embrace the idea of going along and watching her son as he figures out just how intimately he does connect with his visceral and emotional heretofore “imaginary” Mongolian culture.

Over dad’s objections, the three participants hop various conveyances on the way to Mongolia and Wes’s final destination there (planes, buses, Mongolian families’ trucks, with Mom even taking a scooter eventually!) and discover a world that seems as familiar to Wes as his own back yard at home, but a world that is very foreign (but welcoming) to Mom, Ishmael and Wes.

When a goat struggles to give birth to two babies, Wes helps deliver the last one.  (When his mom asks him, “Where did you learn how to pull a baby goat!?” Wes replies confidently, “On YouTube.”)

Later the same night, after Wes finds his mom and a driver exchanging kisses (her happiness is returning so her libido is beginning to prompt her to engage romantically again after a long dry spell), he disappears in outrage, taking Ishmael along (alas, without his camera, so he calls Wes’s mom in the morning and implores her to bring it with her) hopping on a Mongolian family’s truck as it makes its way closer to his final destination.

Hours later, when Mom discovers Wes missing (she has sent their driver away, ashamed by their brief intimacy and the fact that Wes has apparently disowned her for  cheating on his dad), she buys a rickety scooter, plops the surviving baby goat (the older one died a day or so after it was born) in its wooden basket and heads down the road in the direction of her son’s final destination.

She also calls her family to report Wes’s disappearance. Her husband has been watching their progress via Ishmael’s video reports and had decided to surprise them by joining them, so he’s already halfway there when he hears that Wes has gone missing. He’s livid at his wife again for getting separated from Wes and says he will land at the airport closest to Wes’s final destination, rent a car, and get there at just about the same time she does.

Wes and Ishmael arrive at their final destination, but Ishmael is still without his camera, so Wes’s arrival cannot be captured. But not long after, Wes’s mom and dad converge and Ishmael gets his camera back.

Ishmael and Wes have spent their camera-less time watching a Mongolian ceremony take place.  When Ishmael gets his camera back, one of the Mongolian citizens notices Wes’ s fascination with the family’s horses and asks if he would like to ride.  Wes jumps at the chance and immediately rides around as if he was born on its back.  His mother is astounded…and beginning to understand that her boy — in some weird, fantastical way — is indeed a citizen of this country so far from home.  She enters in wholeheartedly now.

After he gets off the horse, Wes spots the family’s goat herd and sets off running to engage with it.  Ishmael wants to film it, but his mother stops him. “Let him have this moment all to himself.”  Ishmael relents for a while before he starts filming again for the unseen millions of followers who are vicariously tagging along on Wes’s quest.

Wes’s mom and dad still feel estranged. His mom “gets” Wes and isn’t sure her husband does because he hasn’t been privy to all that has transpired during their time here. And each other’s mere presence reminds them of their loss, so the sadness begins to return to their faces.

Noticing their body language and sadness (I surmise), one of the Mongolian natives asks them if they would like to meet their shaman. More or less hesitantly, they agree to meet another professional — albeit unorthodox to them — counselor.

Wes’s mom is most amenable and comes closer to the shaman than his dad does.  The shaman says something in his language and another man standing behind him translates. The shaman has picked up their silent agony and inquires about it.  Wes’s dad (or his mom, I don’t recall now) says they lost their daughter a while ago. He asks how long ago, and they give him the date. After a few seconds of silent pondering and spirit location, he says, “You have not lost her. She is here.”

Wes’s dad comes up behind his wife and kneels behind her. Both are in tears.

The shaman continues gently: “She is not lost. You are lost.”

And in that moment, the couple reconnects and revives. They know now that she is always near. They can heal now, and smile, and laugh again.

The next scene has Wes back home. He is video chatting with Ishmael, who decided to stay in Mongolia because he fell in love with a native. They have married and she is with child.  Ishmael says they are going to name him Wes.

Wes yells at his mom to come hear the good news. Ishmael asks Wes to write his unborn child a letter.  And he does.

I won’t divulge what’s in the letter. I have divulged enough, and since I only watched the movie once, my report above may not be entirely accurate, so I encourage you to watch it yourself.  It is a wonderful movie!