First thing this morning, I spent an hour digging out the small mini-garden that has been giving me grief for years and replaced it.

I dug out the soil that was peppered with perennial paperwhite (I think) bulbs that the previous owner had planted there before we moved in 14 or 15 years ago. I dug down two inches, took out the soil, laid down plastic garbage bags to make sure nothing that remains below will be able to grow again, and then put about an inch of gravel over that.

Then I went to a store and bought some hyacinths, daffodils, a rose bush root ball and two plastic planters and brought them home to set them up where the old eyesore was. I will eventually replace the plastic planters with wood ones, but for now, it is what it is. Basic, but better.  I also brought the black metal trellis that has been sitting in the front yard doing nothing and set it up in the same place. I don’t know if it’s going to stay there. It’s Jackie’s and she may have other plans for it. If she does, it’s easy to move again.  If she doesn’t, I’m going to strip, sand, and paint it at some point to make it look new again.  It looks pretty disreputable right now.

After that, I realized I had already walked more than 6000 steps while shopping for posies, moving earth, and installing gravel and the new planters and plants, so I hit the road and walked to the end of my street and back to get in my 10K steps for the day.

Not long after, my new printer/scanner arrived and, being a technophobe, I called Lisa to see if she was available to set it up for me. She was on the freeway on her way home for the day after working all morning, but she turned around and came back to do the install, bless her heart. It was a bear. I never would have figured it out. It took her about an hour. (Canons are notoriously hard to install, but they’re good machines, so I decided to get one. I like it a lot.) 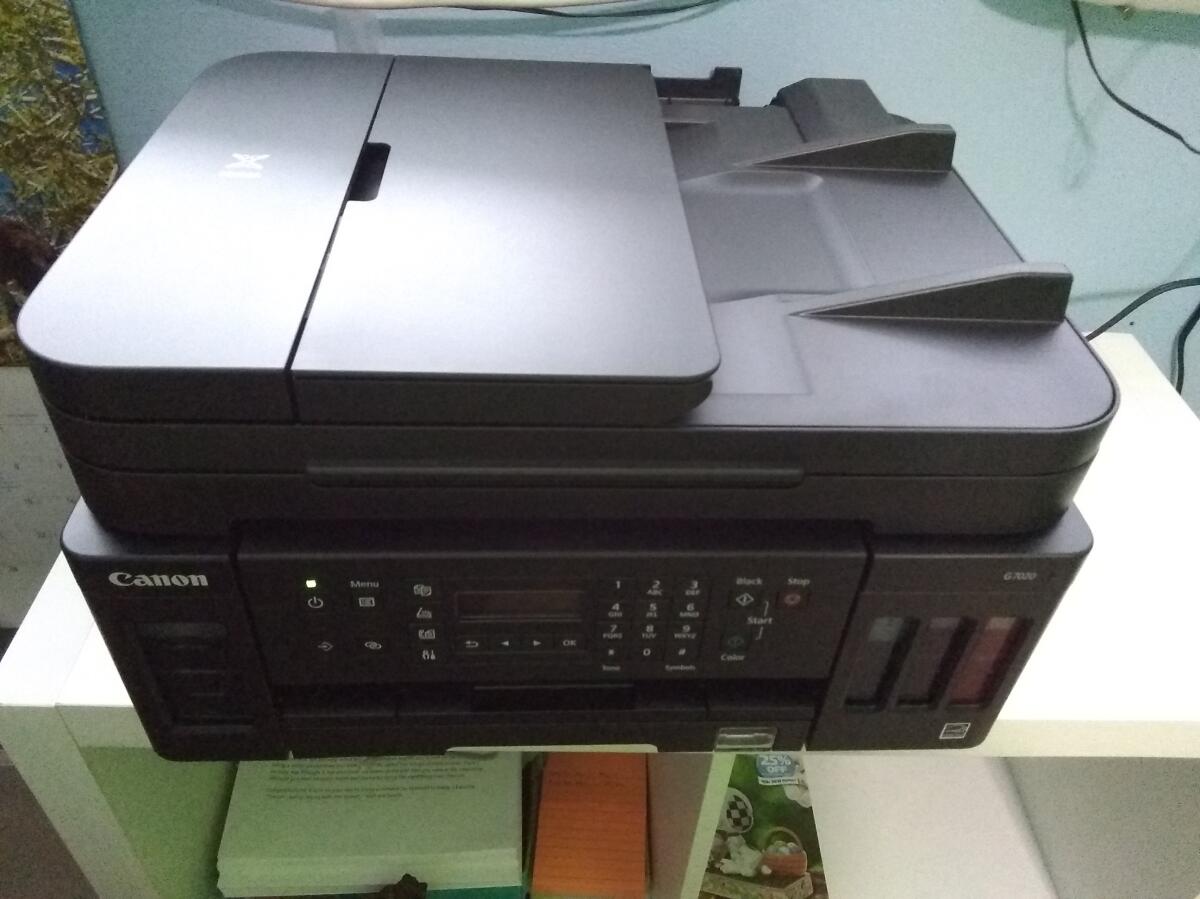 This weekend, I’m on someone’s schedule to have my taxes done by an AARP tax helper.  I have all my ducks in a row and think I’ll be getting a sizeable refund back. Yay!

I put $7K into my retirement account, so that won’t be taxable until I withdraw it sometime after I’m 72 1/2 (a little over a year and a half from now). I paid $3500 in estimated taxes, which was over-kill by at least a thousand dollars, I think. (I’m going to find out for sure very, very soon.)

Next week Lisa and I are going to help Ben Taylor move from Olympia to Tacoma so he can be closer, finally.  He’s getting up there in years and it’ll be nice to have him close by so we can see him more often. It will only take about six or seven hours, I expect, to move him because Ben is getting some of his buff buddies to lend a hand, too. I’m in charge of driving the moving van, something I’m an old hand at. I will also help schlep boxes out of his old place and into the new one.  It’s a nice apartment complex.  Roomy as all get out, compared to his old place.

I edited a golf book for a client this week.  It was an intriguing read for me. I learned to play golf in college, and played a few times with my dad and his buddies, but I am by no means a golfer. That didn’t matter.  This book is all about centering and mindset, and I’m a pro at that, so I had a very good time editing and enhancing it. The client LOVES what I did.  I will ask her for a testimonial and I have asked her for a couple copies of the book, signed. (I always try to get two copies of books I edit for my archives.) Her comments have made my day! Here’s what she wrote (in three separate emails):

First and foremost, you are AWESOME!!! You made this read so well. I’m so very proud of this, all thanks to you!

Thank you so much, you are amazing!

You are a treasure!

I have dunged out about 2/3rds of the goats’ sleeping shed. I do about five wheelbarrows full of straw and cedar/pine chips per day because it’s wet, heavy work. I have another couple days’ worth of work in that little space, because it’s about a foot deep in there.

I kept in last year’s effluvia to help keep them warm, high, and dry this winter, but now that spring is on the horizon, I want to clean it to the bedrock again and add  several more inches of gravel before I put in pine/cedar chips and straw again.

The goats have a platform in there that two of them sleep on. The other two usually sleep under the platform. All of that under-platform stuff will need to come out too, so I still have a lot of work ahead of me. It’s good for me. I don’t over-do it at any one time. I probably spend 20 to 30 minutes each time.  I do it as long as I’m enjoying it, and then I quit for the day.  (The goats “help,” you see. That helps me enjoy working my butt off for them!)

There is probably more news, but I can’t think of it right now. By end of day, I should have my new floor cleaning machine. If I do, I will take a photo of it and add it here.

Until then, ta ta!