A Lesson in Humility: White Supremacist Patriarchy Must End 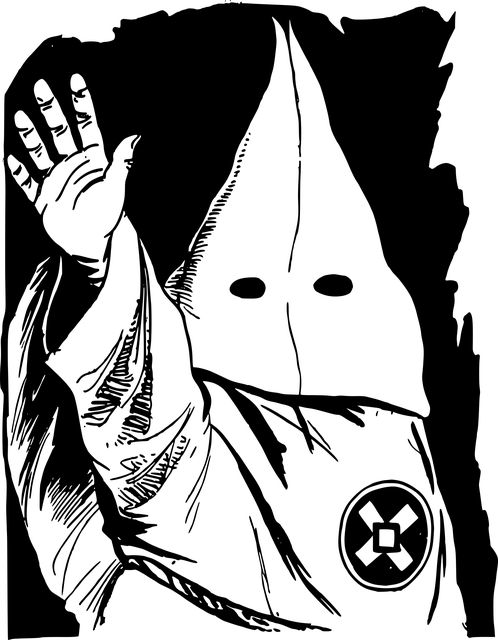 February 15, 2022 / Comments Off on A Lesson in Humility: White Supremacist Patriarchy Must End

Yesterday I ran across an article that chapped my hide.

Far right white supremacist patriarchal ideologues — the same sort of folks who are now proclaiming that the January 6th insurrection was  “legitimate political discourse” and that the disgraced and twice-impeached former president will remain their ever-present mouthpiece and Leader (Fuhrer/Savior) of choice — have decided to call out Scholastic (a 100-year old literary organization with a treasure trove of great books that encourage new and reluctant readers to become lifelong learners and engaged citizens) as a dangerous “woketopus” that needs to have its reach and influence curtailed or snuffed out. (Read the piece at the link provided and weep before you read more here.)

I think it’s time for a little education

(Please read the information at the above link before continuing!)

As wikipedia reports, the prevailing definition of white people consists of “those of European Caucasian ancestry”, which Wikipedia uses as it notes the correct worldwide population of whites.

Just 15% of the world is White right now. By 2050, less than thirty years from now, it is predicted that the total percentage of Whites will be around 10%.  By either metric, White people are an extreme minority on this planet we all share.  And White people have only existed for 7,000 years. (P.S. there are no white people in the Bible.) We Whites originally appeared in Europe, hence the term Caucasian (for the Caucasus mountain region in which we first appeared).

18% of the world is Black. Black people have existed for about 200,000 years. Africa is the original birthplace of  human beings, so we’re all black to one degree or another. (I think we need to remember that.  It seems white supremacist patriarchs have blotted this particular fact from their minds.) The Black population is increasing globally, as is the Hispanic population.

From wikipedia: “White Americans made up nearly 90% of the population in 1950.[231] A report from the Pew Research Center in 2008 projects that by 2050, non-Hispanic White Americans will make up 47% of the population, down from 67% projected in 2005.[244] According to a study on the genetic ancestry of Americans, White Americans (stated “European Americans”) on average are 98.6% European, 0.19% African and 0.18% Native American.[245] Whites born in those Southern states with higher proportions of African-American populations, tend to have higher percentages of African ancestry. For instance, according to the 23andMe database, up to 13% of self-identified White American Southerners have greater than 1% African ancestry.[245] White persons born in Southern states with the highest African-American populations tended to have the highest percentages of hidden African ancestry.[246] Robert P. Stuckert, member of the Department of Sociology and Anthropology at The Ohio State University, has said that today the majority of the descendants of African slaves are White.” (emphasis mine)

Facts About the U.S. Black Population

There are 18.5 Million Hispanics in the United States

Hispanic landowners predate European whites in the United States by hundreds of years. Earlier maps showing land ownership look much different than  today’s. Portions of California, Arizona, New Mexico, Nevada and Utah were in Mexico before the Europeans arrived to rout them out and claim these lands as their God-given “manifest destiny.” Native Americans co-existed on the rest of the continent, living in harmony with nature, before the  European Spaniards and Caucasians came conquering, too.

Slightly more males are born than females, but more boys die in infancy and earlier in life than girls, so by the time they reach 50 years of age, there are almost an equal number of each. But by at age 70, there are just 89 males per 100 females. This is because, across the board and throughout their lives, more males than females die before their allotted “three score and ten” birthdays than do females.

Of the 331,000,000 people counted by the census in 2020 in the U.S, fully 5.6% identify publicly as lesbian, gay, bisexual, transgender, queer/questioning, intersex or asexual. Of course, a great many more don’t publicly come out of the closet to claim being a part of this demographic, so I estimate that as many as ten to twelve million (or roughly 10% of the US population) is LGBTQIA.

All of the above information scares far right cisgender white supremacists spitless.

They fear that if the tables are ever turned, Black, Brown and Native Americans and LGBTQIA folks will treat them the same way they were treated in retaliation for more than 400 years of well-documented rapacious, predatory behavior.

I’m not afraid of much of anything except far-right white supremacist patriarchal mindsets, perspectives and behaviors. January 6th, 2021 was just the most recent display of what they’re capable of.   They’ve been terrorizing people off-camera for hundreds of years. Recently they’ve gone public. And they have staunch representatives of their mindsets in Congress and other places of authority.

People of Color SHOULD View Bigoted, Mean-Spirited Whites with a Jaundiced Eye

Bigoted whites haven’t been great stewards. They’ve been locusts, eating up all nourishment while leaving so much devastation behind  that even gleaning the little that’s left can’t sustain the rest of us adequately. Most of the nation’s and the world’s money is owned by multi-billionaires, nearly all of them White. A few of them are utterly ravenous. They will never have enough until they have it all. (They almost do right now in this country.)

I don’t see too many other countries (except white Russia and the U.S.) looking to “manifest destiny” their way onto other countries’ shores. I see the vast majority of other countries and their citizens as sane, largely peaceful, and non-predatory human beings.  They don’t have huge arsenals.  They aren’t rattling sabers or nuclear weapons.

Most people and countries just want a fair shake and an equal opportunity to life, liberty and the pursuit of happiness. They aren’t invaders. They’re fellow sojourners just looking for ways to stay alive in relative safety and comfort.

So, back to my rant about the far right racist, sexist, misogynist, xenophobic Whites who are trying to silence the very voices that they have demonized and marginalized for centuries by coming out against Scholastic Books and Book Fairs.

My questions to them are these:

What gives a distinct minority of the US population (YOU!) the right to tell authors or children what to read, what to write, or how to protest human marginalization and subjugation? If you want authors and children to stop writing/reading about police brutality or mass incarceration of  people of color, stop looking the other way when these things happen to people of color and people with mental illnesses. Demand justice! Give them a better outlook and result so they can offer better reports of their life experiences.  Don’t try to shut them up.

If you want to educate your children unilaterally, what will you tell them about people of color, LGBTQIA individuals, and justice in America?  I shudder to think what your answer to this question will be, since you don’t seem terribly well-versed in these topics yourself.  You spread fear every time you open your pie hole, demonizing people you don’t even know.  Do you have any friends who are people of color or LGBTQIA?  Probably not.  Why not? Because they have your number and can better spend their time and energy with people who truly see, appreciate, respect, and love them. (But that’s a shame. Because no one needs a lesson in humility more than you do.)

You are not the Great White Hope.

You are the Great White Locust.

You destroy everything in your path that doesn’t look, think, feel, and act the way you do.

HERE’S AN IDEA: GET OVER YOURSELF.

DISCOVER AND EXPLORE THE WORLD BEYOND YOUR DOUBLE-LOCKED DOOR.

YOU MAY JUST STUMBLE ACROSS THE TRUTH THAT WILL SET YOU FREE TO LOVE AND RELATE AS NEVER BEFORE.

I challenge you to step outside your bigotry and acquired fears (encouraged and stoked by far right white supremacist authoritarian talking heads) and find out what life among other people is like. I think you’ll be pleasantly surprised and greatly relieved… and then mad as hell about having been misled and hornswoggled by bigoted zealots making lots of money stoking your fears.

They owe you an apology, and YOU owe you (and those you love) something even more vital: THE TRUTH!