Who Has Your Back in the Federal Government? 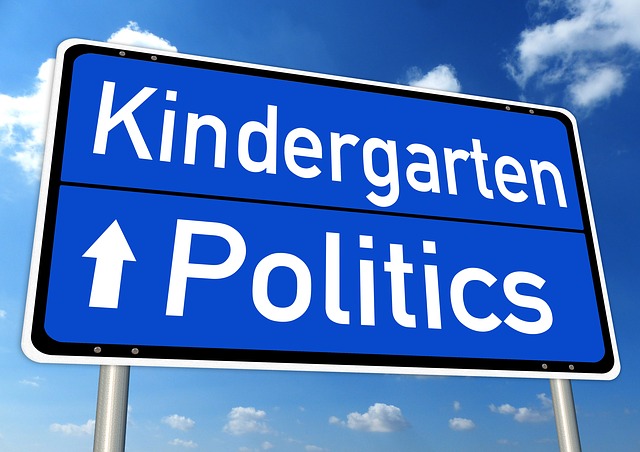 January 31, 2021 / Comments Off on Who Has Your Back in the Federal Government?

It’s patently obvious who has your back in the federal government today.

This country remains in one of the biggest messes we’ve ever been in, perhaps the biggest.

At times like these, the federal government (whose taxes we support) is supposed to step up to the plate as one body and deliver what we need to get back on an even keel, whatever that takes. FDR did it during the Great Depression. I think Joe Biden and Kamala Harris are ready to do it during this multi-pronged crisis.

But we continue to see partisan gridlock on the GOP side.  They’re great at bailing out corporations and themselves (even the insurrectionist supporters among them) during COVID and every other crisis, but when it comes to helping the rest of us (you know, the actual taxpayers), they want to give us crumbs … and prayers.

I very much doubt God is listening to, or granting the prayers of, GOP Christians these days. Maybe back when Eisenhower was in office, but not since then. God has not put them in power; their various nefarious schemes have put them there.  And it looks like they’re willing to do anything, to support anything with any hope of keeping them there.  Including a twice-impeached head of state who’s a confirmed malignant narcissist and whose only concern is his own neck.

If the GOP doesn’t vote to convict the former Oval Office occupant of inciting insurrection, they will have violated their oaths of office and they are not doing the job required of them as officeholders.  Period. Full stop.  Trump incited those people for months, saying the election would be stolen.  (He did the same thing in 2015, until he won. And even then he said 3 million votes were stolen or cast by “illegals”– completely without proof — lying then and now, as he has his entire life.)

I thought conviction would be a slam dunk after the attack on Capitol Hill, when even Mike Pence and Mitch McConnell were on the mob’s To Do list for assassination by hanging.

I figured that would scare them spitless enough to realize what the Crazy Corner in their ranks was setting this country up for.

Maybe it scared them worse than that.

Or maybe they’d long since chosen sides (as I suspect now) and It Isn’t Ours; it’s the fascists.

That’s instructive, to realize that fully … and not just suspect it.

There’s no hiding that fact now. We are in an existential battle for the soul of this nation, for sure.

And how it will end depends on the goodness and the resolve of the MAJORITY of Americans of all races, creeds and religions (and non-religions).

We need to stay in the fight, keep registering non-voters and educating them about what’s going on and how crucial they are to helping save America from the enemies within: the white supremacist, sexist, xenophobic people who hold almost equal power in Washington D.C. (and who hold it elsewhere in their iron grip in most of the states that are the least well off in every way–economically, healthcare-wise, education-wise, and equity-wise) who are martialing their troops to take America down as a representative democracy and turn it into an authoritarian nightmare, a regime of terror like Nazi Germany experienced not even 100 years ago.   Setting citizens against citizens based on the color of their skin, their religion, who they love, or how they express their genders.

I truly thought that the events of January 6th would bring the GOP to its senses, only to find that they have no sense of decency at all. They’re Traitor Tots, still in thrall to the white supremacists and power brokers of a bygone era, trying to recapture their glory days when they were on top and did everything in their power to pull up the ladder of opportunity behind them.

The elites are going down, and the sooner the better.  Fortunately, there are far more of us than there are of them, and they will surrender gracefully and stand down, or they will find themselves on the receiving end of our collective reckoning and resistance (and votes) — cast out, ostracized and scorned as the obstructionist dinosaurs they are. History will make sure of that.

America is for everyone.

We’re a nation built on the backs of immigrants, refugees, the descendants of purloined Africans, and Native Americans.

We’re still a nation supported by its citizens. If the federal government won’t support us wholeheartedly during our time of utmost need, we have every right to stop supporting it by staying home, closing our doors (essential workers, too) and waiting until it’s brought to it senses.

A national strike (by every citizen needing help during this unprecedented time) is in order if the federal government doesn’t act swiftly to help us out.