My Two Most Memorable Childhood Christmases 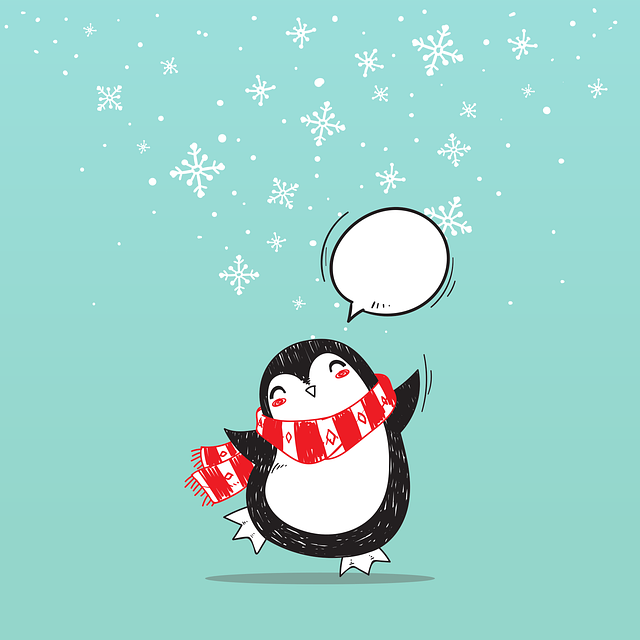 December 25, 2021 / Comments Off on My Two Most Memorable Childhood Christmases 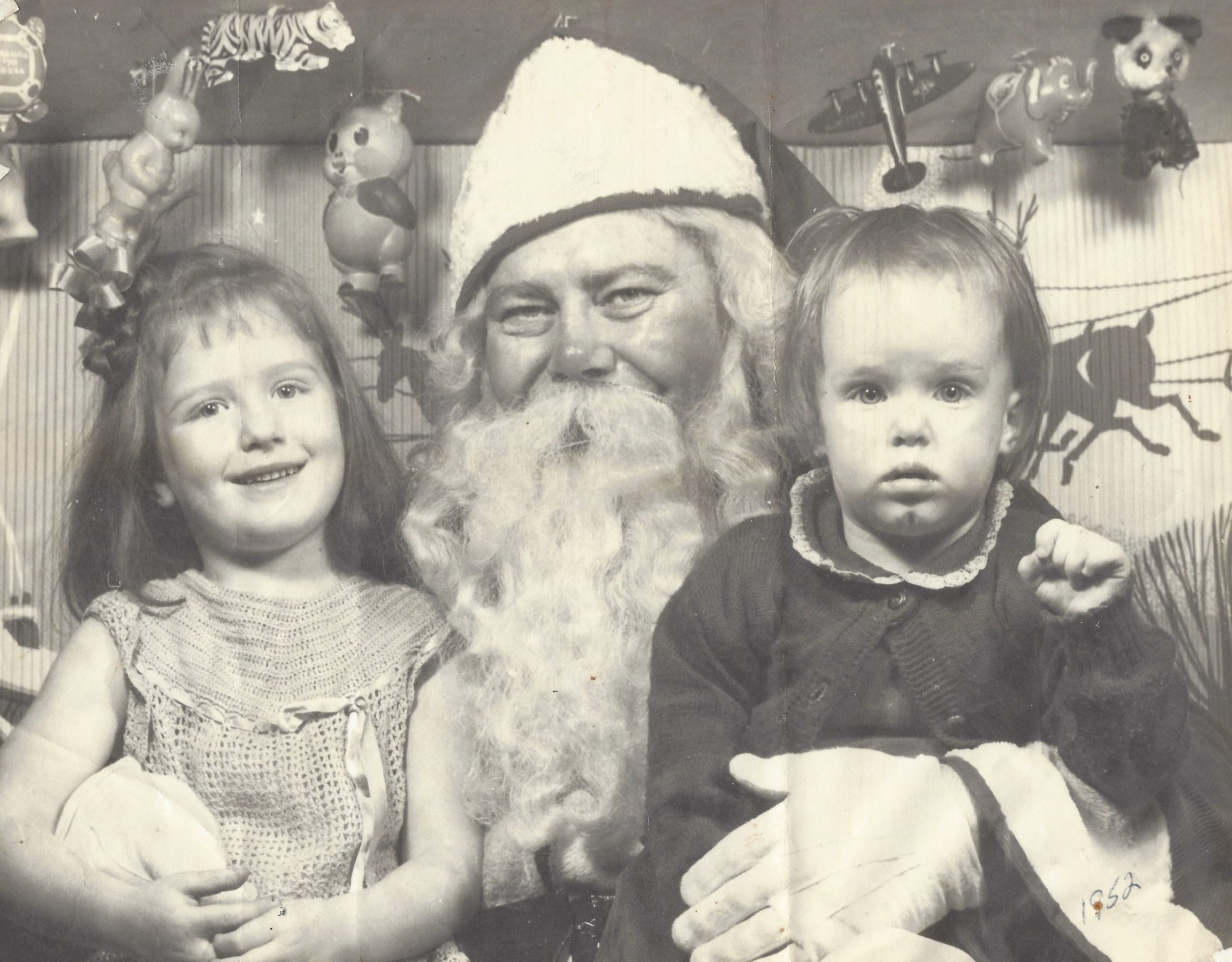 My two most memorable childhood Christmases happened while my family lived in Spanaway, Washington in the 1950’s.

Although I never considered us a poor family as a kid (what does a kid know about finances?), I now realize we weren’t living a luxurious lifestyle by any stretch of the imagination.  I drive by my natal home (yes, it’s still there in its original form — below is a photo I took of it in 2009) and realize that now, but at the time it seemed immense (because I was such a wee one) and very much like a country estate. 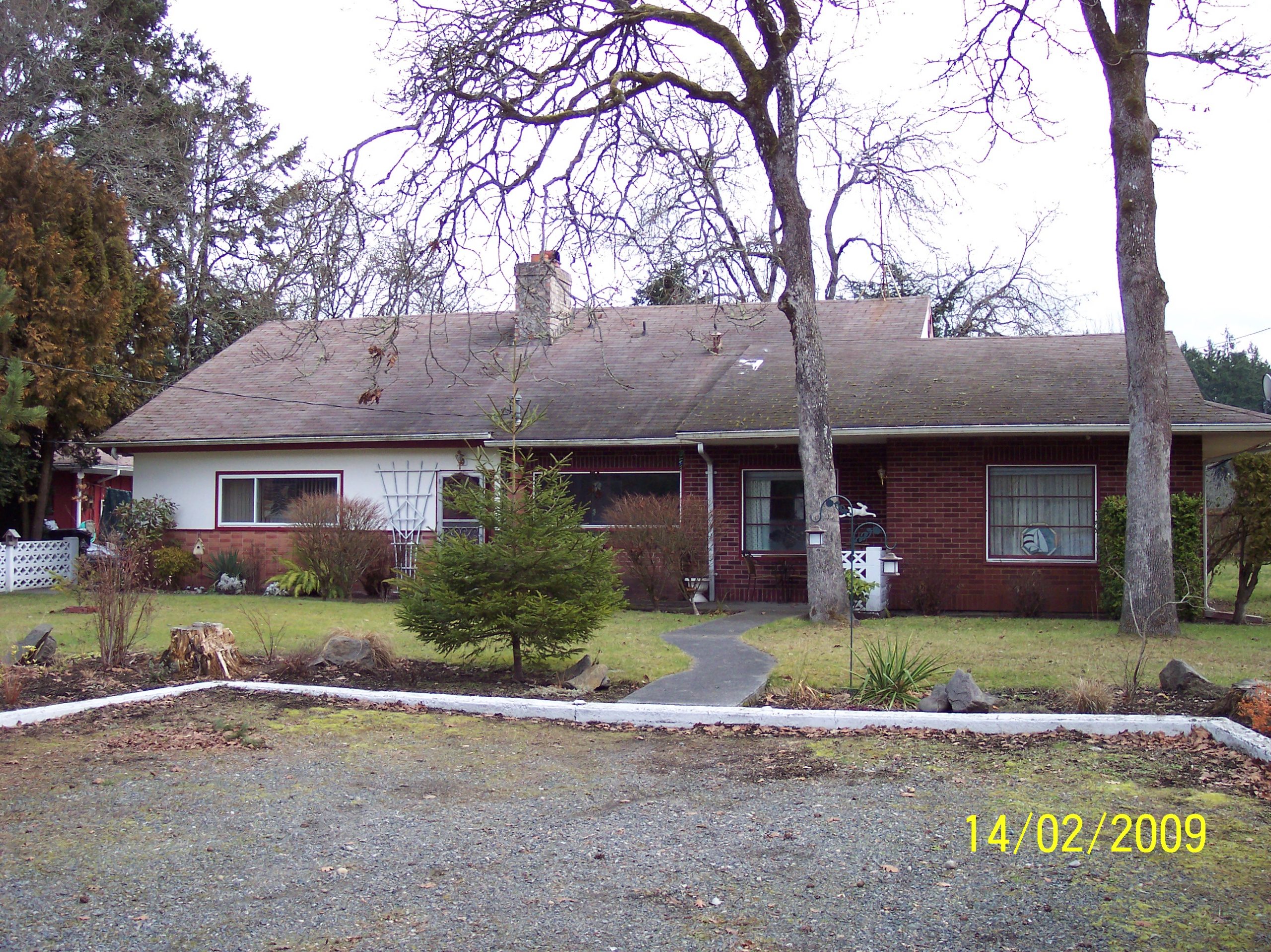 Spanaway Home We Grew Up In

We didn’t get gifts except on our birthdays and at Christmastime. (Which I now consider a good thing.) My Dad had a construction business (JLS Enterprises); my Mom served in multiple roles: Dad’s secretary/business partner/go fer and our “ruling” parent, homemaker, cook, driver, and peacekeeper — the one who supervised and enhanced most of our upbringing (taking us to various school events, swimming and dancing lessons, doctor appointments. etc.) and doled out punishment when punishment was called for. (I don’t remember many of those, because there weren’t all that many. I remember having my elbow slammed onto the dinner table after she asked me more than three times to take it off the table while I ate, stuffing a sock in my mouth when I wouldn’t shut up after being advised to do so, and the time she chased me around the fish pond trying to catch me to paddle me for some transgression; when she caught me, she gave me a whack on the behind with a ping pong paddle and the paddle broke, so we both cracked up! End of spanking!)

My first memorable Christmas was the year Mom and Dad (most likely Dad!) bought me a Lionel train set.  I was soooo excited — but it seemed to take forever-freaking-ever for Dad to let loose of it so I could get my hands on it.  He insisted on assembling the track, and placing the cardboard bridges that elevated the track above the floor, and he wanted to decide where the track should go and …. it just seemed to take an interminable period of time before he let me take control. (I now realize that he was denied a similar childhood treasure and so he was as excited about having a train set as I was.)   That year, they also bought me an erector set and handmade a wooden tower with a wooden descending series of tracks that I could send marbles rolling down.

AND they got me a number of plastic horses.  I was a huge Roy Rogers fan.  I always imagined myself as him. (The Roy Rogers Show ran from 1951 to 1957, and I was in front of the television for every episode. I even wrote to Roy Rogers and Dale Evans and got signed family photos, and my first written stories were about Roy Rogers and the other characters in his series.)

We had the usual Pacific NW family pets when I was very young (until about 8, I reckon) — dogs and cats — and I collected frogs, snakes, pollywogs and salamanders whenever I could catch them — so I was in my element: I didn’t need many gifts to keep me happy, as long as I had critters. 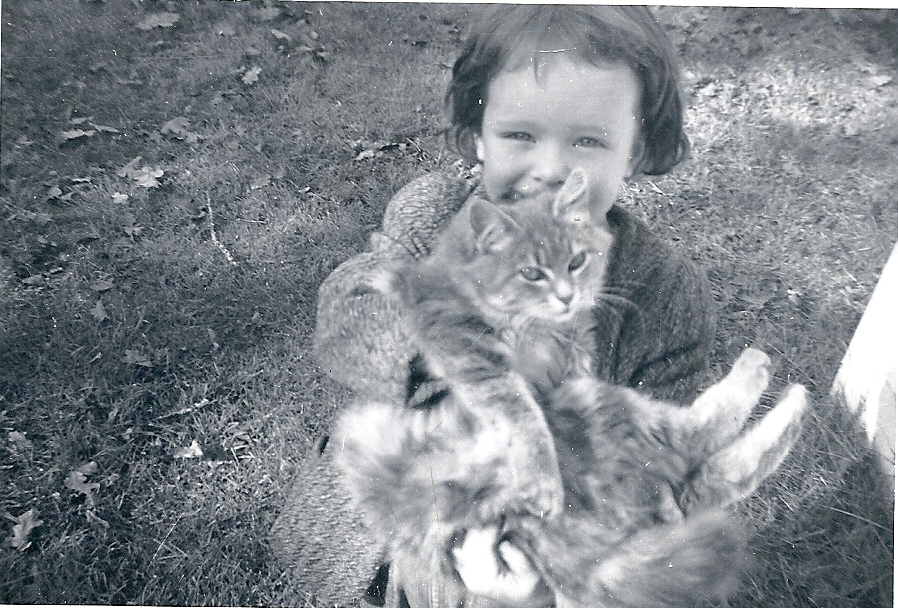 Me with one of my aunt’s most amenable kitties, about 1953 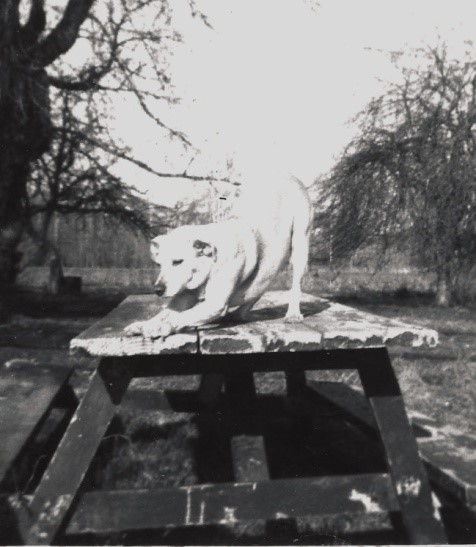 My Second Most Memorable Christmas

I also loved horses and was forever asking Mom to let me ride those live merry-go-round ponies that always showed up at fairs and around Christmastime to thrill youngsters to their toes. I loved the smell of horse manure and saddle leather — they transported me to near rapture so perhaps I was a stable keeper in a previous incarnation! I drew horses like someone possessed from a very young age, and always begged for a real one.

One year when I was about eight, Dad enlisted us (Laurel, Jackie and me) to help him and Mom build what he ostensibly called a “calf barn” out behind the house.

I dived into the project, hammer, nails, boards, hay, straw, grain and buckets and all, excitedly anticipating the imminent arrival of some adorable bawling calves. (Yes, we eventually got adorable, bawling calves, but not before we got … you know where this is going, right?!)

On Christmas Day that year, we kids awoke bright and early and assembled in the family room to open our presents.

I opened cowboy boots (yay!), a baby blue cowboy outfit (YAY!!!) and more western garb. Figuring that my parents had truly figured me out, I was in seventh heaven to be able to dress up like a real cowboy.

But, in my naivete, that’s all I thought — until Dad walked over to the sliding glass door and pulled open the curtains.

There, on the other side of the glass door, stood two magnificent horses whose reins were being held by our family friend, Larry Kirkwood, who had lots of horses!

I flew out that sliding glass door SO fast! I tried to climb immediately into the saddle of one of the horses, but Larry hadn’t yet cinched the saddles tight (not knowing exactly when Mom and Dad would spring the surprise) so the video of me trying to scramble up the side of a Christmas horse shows Larry doing his best to get the saddle cinched before I ascended. Luckily, I didn’t weight much, so I didn’t pull the saddle off!

Me (on left almost out of range) on Sugar Babe wearing my new baby blue, fringed cowboy outfit.

Sugar Babe and Stormy were just the first of what ended up being a small herd of horses on our property.

The Pinto above is Charley. We had another pinto at the same time named Lady Bird.

Charley was an absolute hoot.

He dug holes with a shovel, drank water out of pop bottles, and picked up switches (small branches)

to hit the other horses on their rumps to get them to run and play when they didn’t show any independent enthusiasm for joining him. 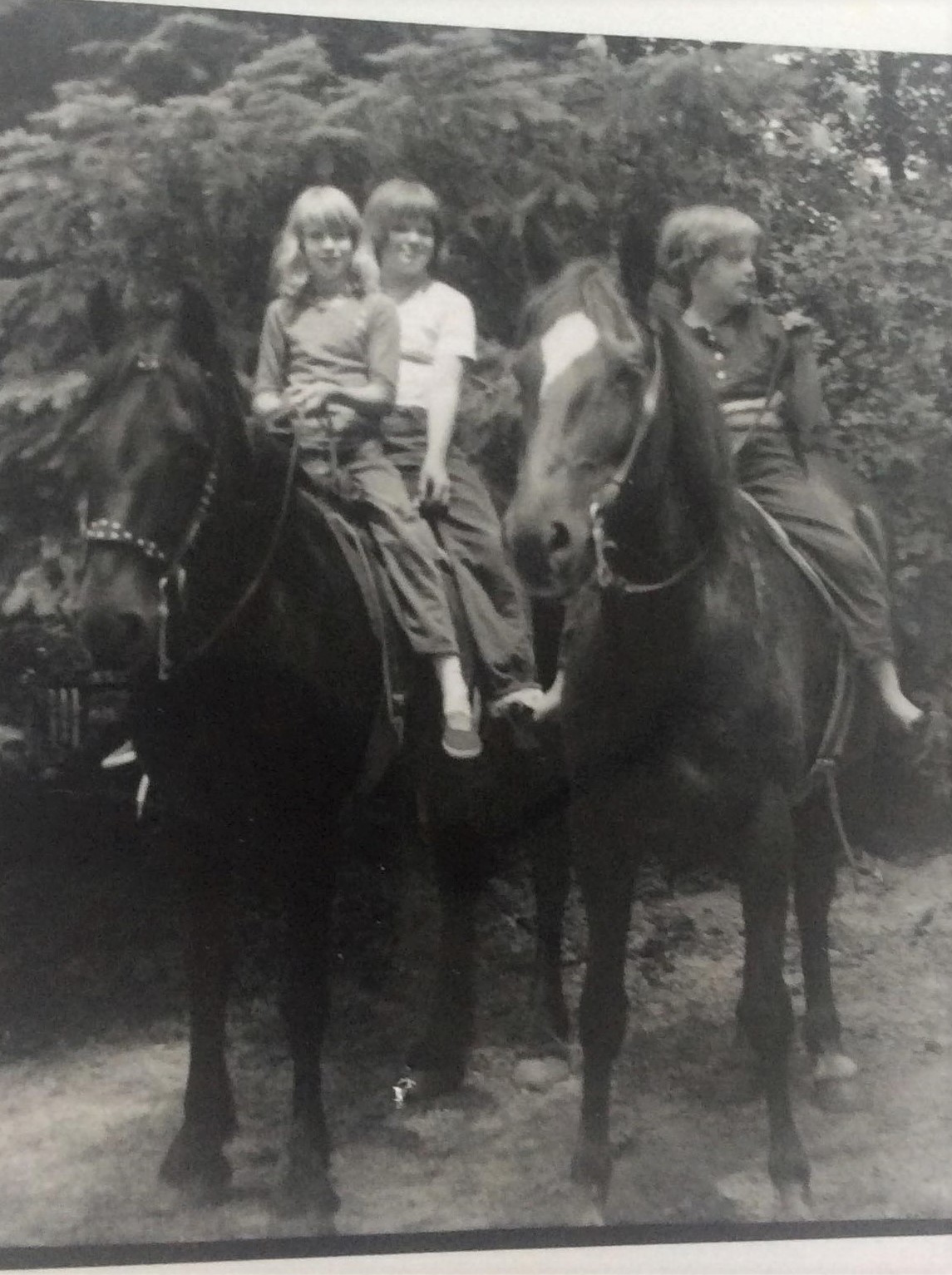 Jessie Haire with me behind her on Sugar Babe 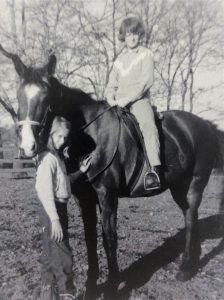 Me in my cowboy outfit on Jessie’s horse Fancy, with Jessie under Fancy’s neck.

Sugar Babe and Stormy were the perfect first horses for kids. Sugar Babe had been a pack horse, so she was always very aware of how much space there was between trees and knees when we rode, as a family, on tiny, treacherous, higher altitude tree-lined Olympic National Forest trails.

Stormy was a little more spooky, but not dangerously so, so we were quickly able to learn about how different horses behaved and we always paid attention to their various moods and attitudes.

For example, where Stormy was obedient as all get out when it came to doing what we wanted her to do (and for how long), Sugar Babe would only let us ride her so far on the military reservation near us before she would stubbornly put her head down like a recalcitrant mule, dragging her rider almost over the saddle horn, and head for home and her barn. When she decided we’d gone far enough, she took us home, and there wasn’t much we could do about it to stop her. She was a lot stronger than we were! 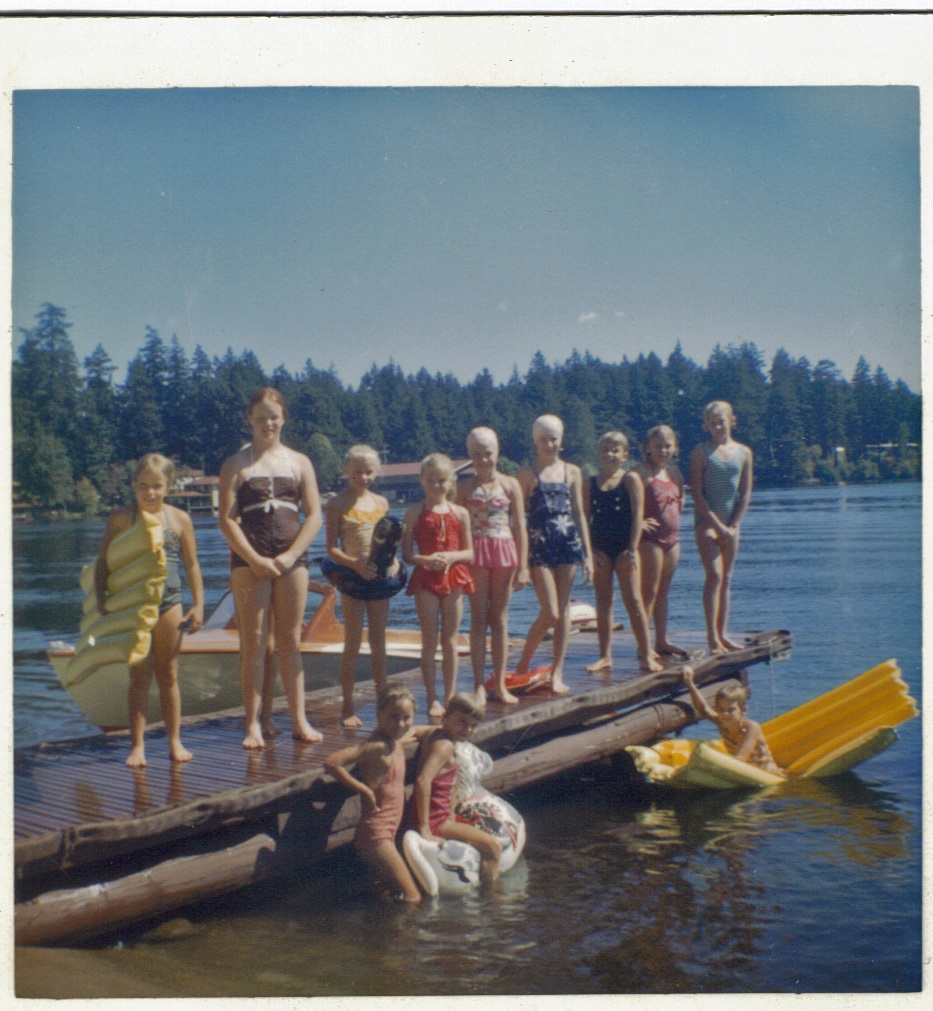 Jackie and I are the first two from the left.

Jessie is the sixth from the left.

Yeah, those were very special Christmases.  I never had a subsequent one that rivaled them.

My years in Sacramento (1981-1985) and Hollywood (1989-2004) left me family-less on most Thanksgivings and Christmases, so I recall those years as decidedly bittersweet. I remember crying whenever the song CHRISTMAS IN THE NORTHWEST (hear it at this link, if you have never heard it before) would play on the radio.  The song reminded me of my far-flung family… (Actually, I was the far-flung one. They were all together!)

I sincerely hope your Christmas brings you immense joy and that the New Year will bring you endless cheer.