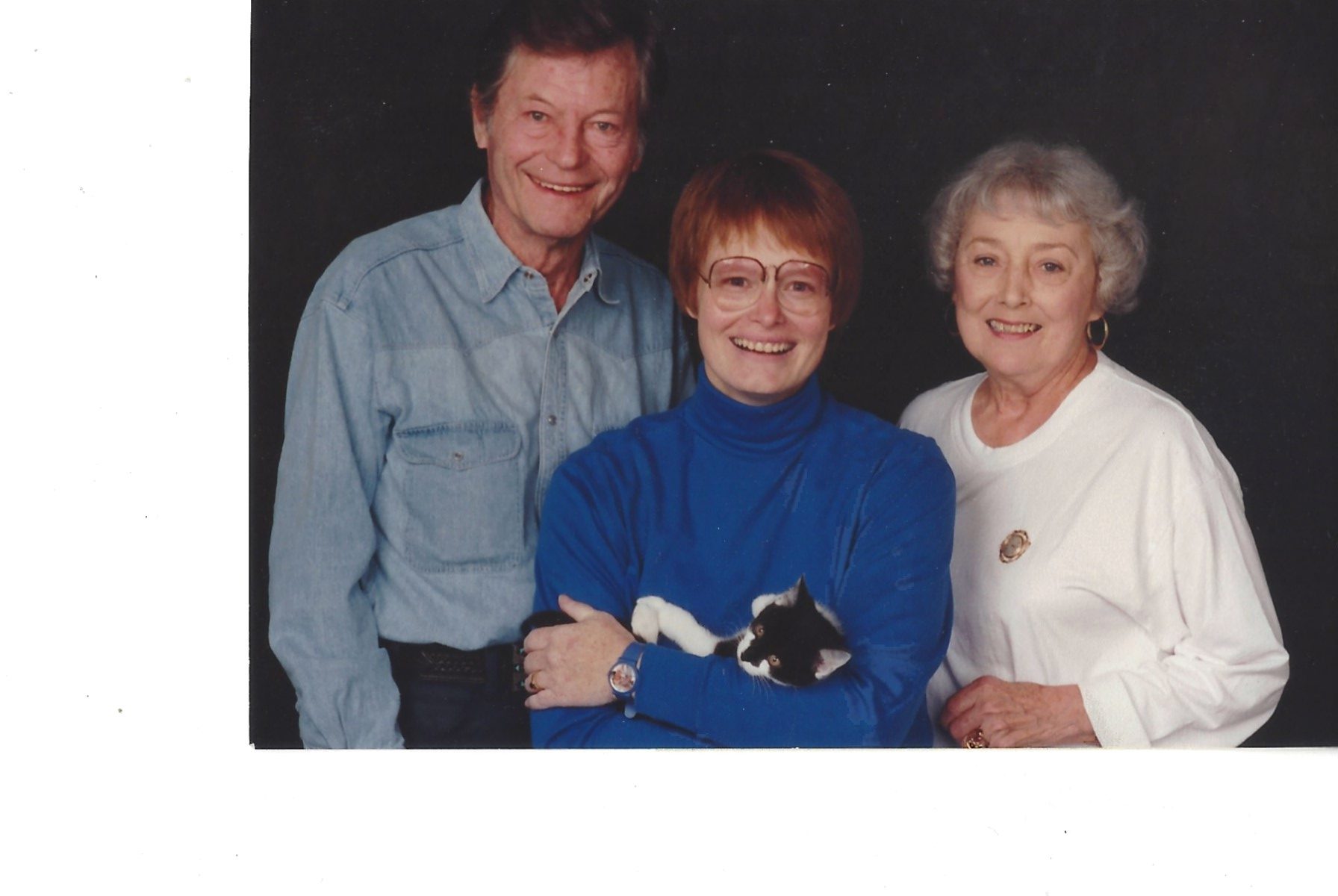 Every so often (but very rarely), I get a snarky comment from people who don’t know me, have never met me, but consider themselves experts on my “motives” for having befriended and eventually cared for (as a personal assistant and caregiver) actor DeForest Kelley and written several books about him.

They pose as having “insider information” from anonymous sources that make them feel cock-sure of their negative opinion of me, so I ask for more information about their sources, and get nothing.

They’re blowing smoke, pulling opinions out of their hind ends, essentially. So, why their bogus opinions bother me is beyond me. Except that I’m a sensitive soul, and so they do.  When I least expect it, these two or three individuals will come to mind, and my feelings get hurt again.

I know who my detractors are who actually have known me. There are a few of them. And I’m perfectly okay with detractors who have actually known me, although they knew me more than 30 years ago as of this writing.

Nobody’s perfect, and I freely admit that I have been ham-handed sometimes when it comes to parting ways with friends who ceased to remain a positive aspect in my life. I’m always as diplomatic and loving as possible, but I know it still hurts. There is no easy way to say “goodbye” or “please find another option for your living arrangements.”

There’s an old saying that goes something like, “People are with you for a reason, a season or a lifetime.” That’s true!  People change; people hang together (and go their separate ways) for different reasons and in different seasons. Very few last an entire lifetime. I learned that a long time ago, and I don’t take it personally.

I did my best to part as friends. (One had a drug problem that I invited her to escape by moving in with me, but she found new drug pushers in the new state and continued to use, so I evicted her; the other was saddled from a very early age with a self-esteem challenge that had her caught like a fly in amber, unable to escape because she felt worthless–which was light years from the truth, but without professional help there was no way to convince her of that.) Sometimes people are so damaged by their earlier upbringings that they view changes as betrayals.

I will always understand, forgive, and love those individuals. Nothing has changed in that regard, as far as how I feel about them. I’m sad, is all. They are personal losses that didn’t have to happen, had there been enough wisdom on board for them to understand that I didn’t sign up for years of codependency or caretaking: I signed up to give them enough time to set themselves on solid ground. But they squandered the time we were together (in the last case, four years) thereby betraying my trust and exhausting my patience. Their lives weren’t my responsibility, and they didn’t seem to understand that. They liked what they had, sharing apartments with me. By agreeing to remain as we were, I was enabling them to stay stuck right where they were, and that isn’t something a good friend should allow.

I also have former friends who are jealous of my closer friendship with the Kelley’s than the ones they had. And I “get” that, although I have never shared the malady;  I’m always delighted when people I know have their fondest dreams realized. Green-eyed envy or jealousy has never lived inside me, and I’m grateful for that, but I know it exists. People usually have to point it out to me when I’m on the receiving end of it, because I don’t see it myself. (It’s hard to “see” what you don’t possess, yourself, when it comes to attitudes.)  I’ve read some of their snarky comments, and am sure they share them freely . But again, I view these folks as damaged souls, not evil beings.  There but for the grace of my upbringing go I! I’m sad for them.

These are the times when I have to “let it be.”  I know I can’t change it.  I have done what I can to mitigate against it, but I can’t alter anyone else’s viewpoint or perspective. They’re entitled to believe whatever they want to about me. I just wish they’d keep it to themselves so it doesn’t get spread out to people who haven’t had any actual experiences with me.

I didn’t write my books (any of them, not just the ones about De and Carolyn) to get rich.  That’s a good thing, because they aren’t putting much of a dent in my income. I wrote them because I’m a writer. My books are my children. Most people who read them love  them (based on the reviews that have been published.) Some of the people who read them have become my friends.  I’m happy with the results, for that reason.

I’ve written more Kelley books than anything else because that’s what my readers want, mostly. I’ve poured it all out, so my memories won’t die with me. I wanted people to get a chance to get to know the Kelley’s as well as I did so there would never be any doubt in anyone’s minds that they were wonderful people. Sharing my friendship with them was my opportunity to help extend their legacies beyond what De did for a living.  He deserves to be known not just as an actor, but as a magnificent human being.  I believe my books confirm that, and that was the only intention I had when I wrote them.  I wanted everyone to love De and Carolyn as much as I did, and do, and always will.

So… yes … it hurts to be mischaracterized and misjudged by people who don’t even know me.  I can accept criticism and censure from the people who actually know me (I know how they developed their opinions: I’m not a saint, hard as I try!), but I wish strangers would leave well enough alone.