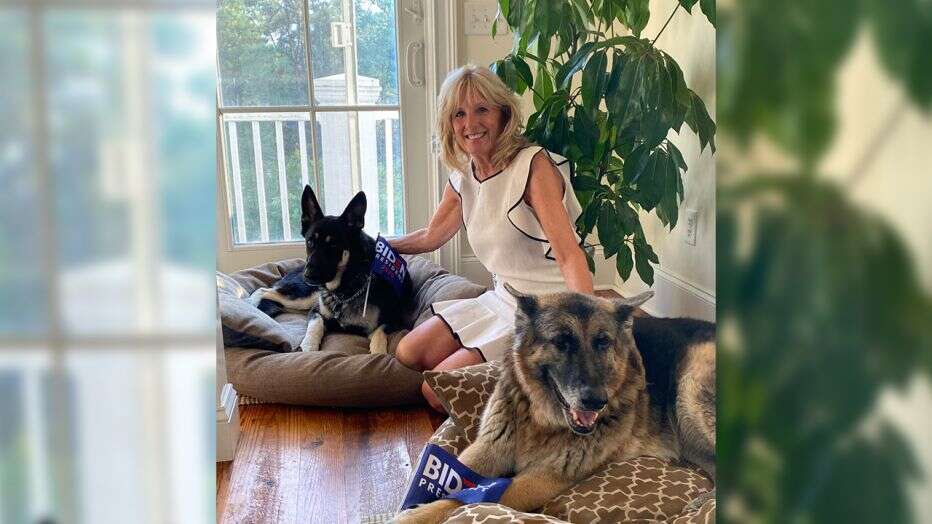 November 14, 2020 / Comments Off on How I’m Overcoming Post-Trump Stress Disorder

Last night as I laid my head on my pillow, I realized that my brain is still experiencing PTSD: Post-Trump Stress Disorder. Then I found a solution!

I was super-tired when I fell into bed last night, so I expected to drop right off to sleep.

Instead, my brain was invaded with Post Traumatic Stress Disorder-like flashbacks and anxieties that had me tossing and turning.

Like it or not, Trump has managed to take up residence in my brain. For four seemingly-interminable years, every morning, the first thought on my mind has been, “What outrage has Trump perpetrated overnight on Twitter, and what will he do today to make life harder for us?”

It has been very much like living in a war zone, knowing there’s a malevolent force out there with enormous power who can kill you, and will with delight, without even knowing your name or your story because his is THE BEST OF ALL TIME AND HE HOLDS THE POWER OF LIFE AND DEATH OVER ANYONE WHO REFUSES TO RECOGNIZE HIS GREATNESS, BELIEVE EXACTLY WHAT HE BELIEVES, AND BOW BEFORE HIM.

Nearly 250,000 dead Americans from COVID (and growing) remain a stark reminder, every hour of every day, that he does not give a rat’s ass about us.

His refusal to concede the election makes my stomach queasy because I know that enough faithless electors can make him POTUS again, so until those votes are cast, he remains a potential longer-term threat.

But then… but then…

I decided to direct my thoughts to the following mantra. It’s alliterative and it’s soothing. And it’s my new bedtime ritual, because it worked. (It’s a known fact that you can’t keep two competing thoughts in your mind at the same time.)

I tried including Kamala (comma-la) but the K sound seemed simply too harsh to soothe, so I reverted back to “Joe Biden, Jill Biden.”

It took no more than a few minutes of holding their names and images in my head to reduce my heart rate and help me feel embraced instead of assaulted.  I kept reminding myself, “They are the future. We are in good hands. Be at peace.”

Now, I’m a progressive, and I realize that this suggestion may not help the “Never Biden” bunch. But I think if they’ll concede that Biden is a better human being by far than the fellow who presently occupies the White House, it might help them, too.  Use it as a bridge, as a present short-term panacea, if you can’t embrace it fully forever. I hope it will HELP.

I have never disliked Joe Biden. I’ve read both of his books, PROMISES TO KEEP and PROMISE ME, DAD, and I’ve followed his career most of my life.  So the bashing and smears of the far left (corporate capitalist whore no better than the GOP corporate capitalist whores) and far right (socialist) will never dissuade me from believing that his heart is in the right place. I have even met him once, briefly, and the few words we exchanged (and his passion while replying to my thanks to him) convinced me he’s the full meal deal.

Do I wish he’d embrace Medicare for All, the Green New Deal, and other policies that will help ensure our wellbeing and longer-term survival on this threatened planet? Yes!

And I think he’s leaning in those directions, with Bernie Sanders whispering in his ear and constantly reminding him that without the help of his army of young progressives, he could have lost this latest shot as POTUS. He’s a shrewd politician. He knows who buttered his bread and did most of the hard work of getting out the votes of the disenchanted, underserved populations in our nation. It was the Berner Bunch, the people  who are on fire for a more perfect union that includes everyone.

So, I’m cutting Joe the slack he needs to succeed without prejudice. I truly feel he knows he has the potential, given this unprecedented time in our lives, to leave a legacy that is more progressive than the one he has forged so far, and that’s very powerful incentive. He could become an FDR-like figure. And I have enormous faith in his capacity to listen, weigh possibilities, and step forward when the time is right, when progressive options are possible at the federal level. (Which is why the Georgia Senate run-off races are so crucial this time!!!)

So, last night when I couldn’t sleep–when my brain was thrashing about, wondering and worrying (I predict needlessly) about the next 60+ days in our republic (until noon January 20, 2021 arrives)– I decided to focus on the kindness, compassion and civility that I sense and see in Joe and Jill Biden.

And when I did that, I fell asleep feeling safe, warm-hearted, and valued.

And that’s the difference between what we have  now and what we’ll have in a couple of months.